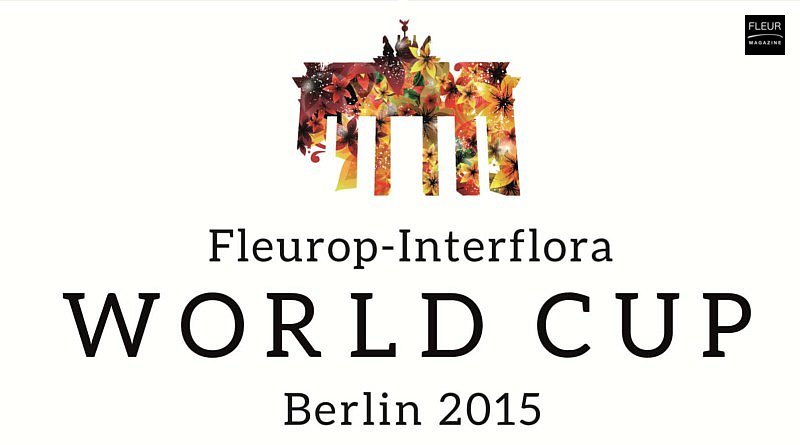 The Fleurop-Interflora World Cup is to be held in Berlin from 11 to 13 June 2015. A total of 26 nations, each sending a top florist to the world’s most important competition in the green industry, are lining up for the start.

Spectators can expect a feast for all the senses. In a competition of superlatives, each participant has to produce three floral masterpieces. The result will be stunning life-size floral creations that will flood the venue, the Arena Berlin, in a sea of myriad colours, shapes and fragrances. All 26 World Cup participants are true masters of their trade. They have years of competition experience, some of them are suppliers by appointment to Royal families, while others enjoy celebrity status in their home countries due to regular TV and public appearances. Germany is represented in Berlin by the 32-year old Jürgen Herold. As the winner of the German Championship of Florists in 2012, he is actively engaged with the team of Fleurop’s Young Guns. This group of 15 top florists aims to give the floristry trade the same kind of public
attention and recognition as that enjoyed by other handicrafts in Germany.

After Hamburg in 1982, the Fleurop-Interflora World Cup returns to Germany for the first time in 33 years. This is the 14th World Cup, which has so far taken place in different countries and on different continents. It is staged every four to six years by Fleurop, the world’s only global floristic organization, and was last held in 2010 in Shanghai, China. The winner of the Fleurop-Interflora World Cup stands to win not only the coveted trophy, but also a cash prize amounting to 15,000 euros. The runner-up receives 10,000 euros, and the third-place finisher 5,000 euros.