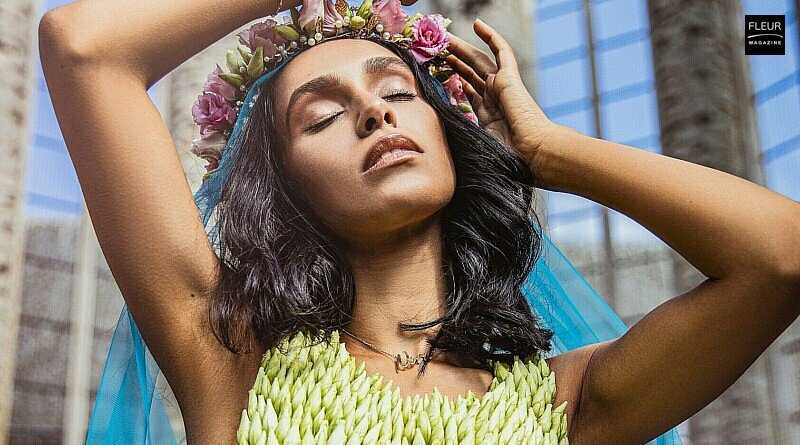 If you thought Stefan Van Berlo’s heavenly floral arch couldn’t be topped, think again. What about this breathtaking floral dress, modelled by Nora Gharib? Not only does the dress look real classy, the photo shoot also forces people to observe the scene with an open mind. “We wanted to transform Nora into the archetypal symbol of mothers, the Mother Mary. A statement in these times of Black Lives Matter.”  Singer and actress Nora Gharib is well known in Flanders, Belgium. “The shoot was done at Nora’s request and was linked to a Mother’s Day campaign“, said Stefan Van Berlo, floral designer from Antwerp. “Nora lives a few blocks from my house, but we didn’t know each other personally. She had read an article about me and contacted me to see if we could do something together. Nora really loves flowers.”

Not only does the dress look real classy, the photo shoot also forces people to observe the scene with an open mind. “We wanted to transform Nora into the archetypal symbol of mothers, the Mother Mary. That’s why we chose the Paterskerk in Tienen as our location.”

“Nora Gharib as Mother Mary is a statement in these times of Black Lives Matter.” — Floral designer Stefan Van Berlo

Maria as a person of colour and of a different faith surrounded by a catholic decor: in the past, this could have been like an offensive music video from Madonna which caused quite the upheaval. But times have changed, although the scene is still somewhat controversial. Van Berlo, who is no stranger to controversy, is aware of the strong signal he sends in these politically fraught, polarized times amidst all the commotion surrounding the murder of George Floyd.

“I wanted to make a statement. I think flowers can connect people and transcend religion. So yes, I think it is the perfect project in these Black Lives Matters times.” It is a message that all mothers, no matter what their skin colour or religion, deserve to be honoured. “In the Muslim faith, there is also a Mother Mary figure,” remarks Stefan, “she just has a different name.” Nice detail: the role of baby Jesus is played by Chams, the daughter of Nora Gharib.

The floral dress is a real masterpiece. The current and two-time Belgian Floral Design Champion used 750 Lisianthus flowers from Van der Lught Lisianthus. First he sorted them by size, from a bud to an open flower, and then he attached them one by one with Oasis cold glue. The dress took more than 13 hours to make…

A real contender for the European title

Van Berlo, who will compete for Belgium at next year’s European Flower Design Championships in Poland, has cemented his position as the contender to beat. These last few weeks he stole the show with a floral art piece in the Handelsbeurs in Antwerp, and – as was mentioned earlier – with his bridal creations on TV. 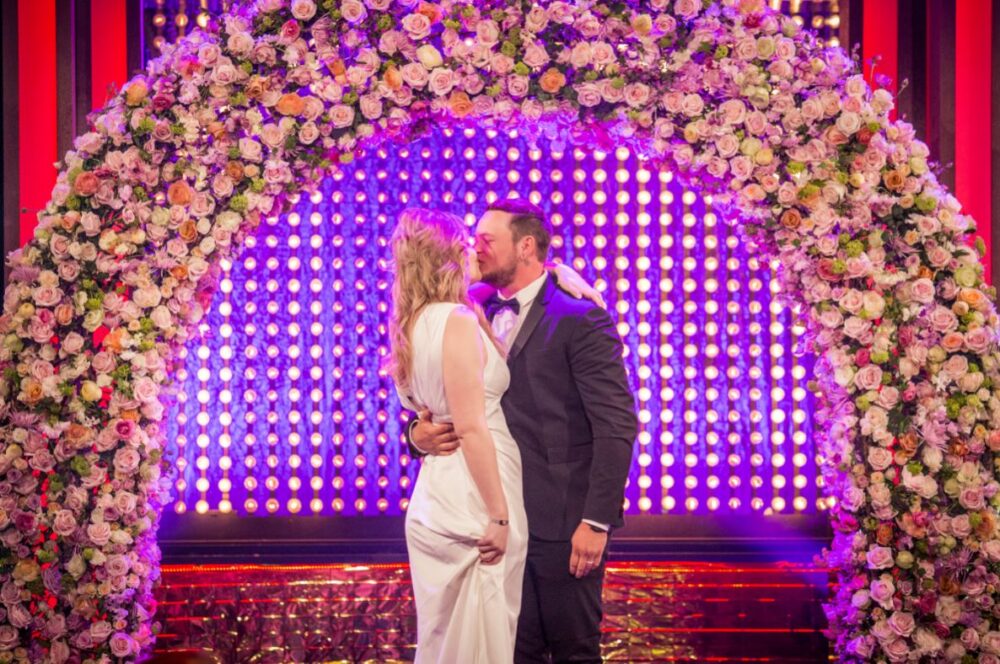 His glorious floral arch for a TV-marriage. ©Stefan Van Berlo 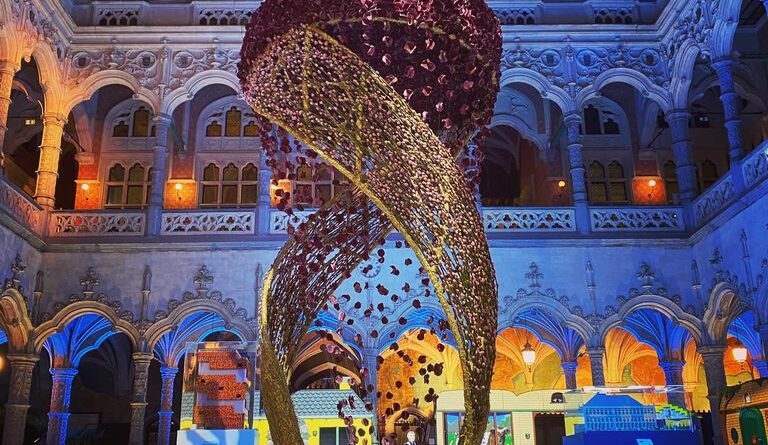 His impressive work of art in the Handelsbeurs in Antwerp. ©Stefan Van Berlo

“I don’t think my latest work in Belgium for TV and radio will have had an impact on the international stage as far as me being a favourite in the European Championship“, he mused. “And to be quite frank, there are many favourites from all around Europe. The competition will be fierce… that goes without saying.”

“This helps with awareness not only in Belgium but also outside the flower sector“, says Van Berlo. “It’s actually quite fun, not only for me but for the whole sector that always works behind closed doors. Most people think that flowers are a nice by-product, but no one knows what happens in our sector… If I could contribute to the same effect that the cooking hype had, but with flowers, I would be the happiest person in the world. It would make me happier than winning the European Championship. But I would like to do well though, because once the Covid-19 pandemic is over, I would like to pick up my international career I’ve been working on for years.”
Photos © Natan Bylois Photography  Make-up artist: Lima Kas

One comment on “Breathtaking Floral Dress With A Special Message” 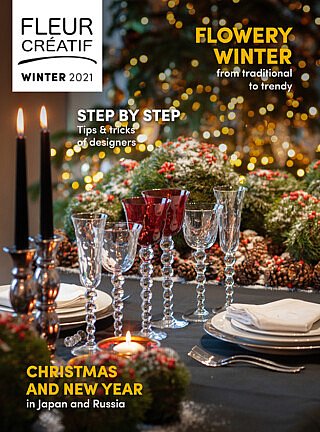