Hortiflorexpo IPM Shanghai ended with records: From April 22 to 24, 19,280 trade visitors came into the Shanghai New International Expo Centre.“The figures speak for themselves: Hortiflorexpo IPM Shanghai was able to clearly consolidate its top position as the most important horticultural fair in China. The need for investment is enormous because of the high demand for flowers and plants. The fair has noticeably profited from this and, at the same time, was able to provide new stimuli for the green sector,” Oliver P. Kuhrt, CEO of Messe Essen, was pleased about the successful event.

Supporting Programme Went Down Well
Political reform approaches are cranking up Chinese horticulture in addition. For example, the “Beautiful China“ project which was initiated by the Chinese government and is intended to improve the quality of the air and the environment was also one subject in the comprehensive lecture programme. The introduced topics included new concepts for roof greening. The seminar on landscape architecture staged by the Shanghai Society of Modern Landscape Architecture went down very well with the visitors. Here, attention focused not only on topical studies but also on trends in modern landscape design. Already on the day before the fair, Messe Essen organised inspection tours of a flower market, a young plant business and a garden centre with international participation. The 56 participants came from Germany, India, Australia, Japan, Ecuador, China and Spain.

Six Official National Booths
In 2015, Ecuador participated in the fair with an official cooperative booth for the first time. France, the Netherlands, Taiwan and Korea provided additional national booths. On a booth promoted by the Federal Ministry of Economic Affairs, Germany showed products “Made in Germany”. On the joint area, the master florist Stefan Prinz from Fachverband Deutscher Floristen e.V. – Bundesverband (“Trade Association of German Florists – Federal Association”) presented his creative workpieces from the floristry shows.

Next Dates
According to the cycle, Hortiflorexpo IPM will take place in Peking from May 11 to 13, 2016. By alternating between Shanghai and Peking as the venues, Hortiflorexpo IPM takes account of its aim of offering a platform to the horticultural market in both South and North China.

Exhibitors’ Opinions About Hortiflorexpo IPM Shanghai 2015
Andrés Manotas, Managing Director, Jumbo Roses S.A., Ecuador:
“The Chinese market is very important for our company. At Hortiflorexpo IPM Shanghai, we were able to establish good contacts and meet important purchasers. The fair has gone so positively that we would like to book a larger booth area next year.”
Markus Eberlen, Sales & Marketing, Terracult GmbH, Germany:
“We have held good discussions with a lot of trade visitors from China, Thailand and Korea and are very satisfied with the course of the event. We have attained our objectives and will definitely be involved once again next year.”
Henk Bouman, Director, Finca Hermosa S.L., Spain:
“We have been involved as an exhibitor at Hortiflorexpo IPM Shanghai for the first time. Our conclusion: We are very satisfied. The interest in our olive trees was gigantic. We are going home with a large number of new contacts and are expecting good post-fair business.” 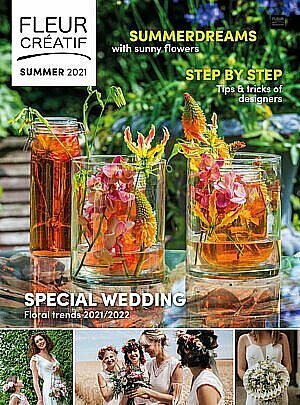