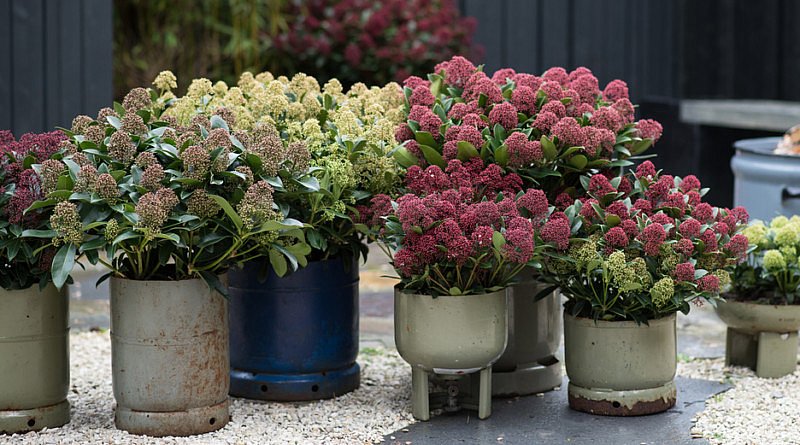 Skimmia constantly manifests itself in new ways throughout the year. In November the plant displays the buds of its sturdy, attractive flower spikes.

The colour and the buds continue to look beautiful all winter long. In April/May the buds open and Skimmia flowers with white/pink flowers with a strong scent: bees love them. The first new buds appear at the end of August. And one constant is the leathery leaves that remain beautifully green throughout the year.

The Skimmia range has expanded in recent years with many new cultivars. They vary in terms of the colour of the bud, the leaf colour (green or variegated) and the compactness of the plant. There are both compact dwarf Skimmias and specimens that have a much larger, looser shape. The most common cultivar of Skimmia japonica is ‘Rubella’, with its red buds. There are also other red varieties such as ‘Rubesta’, ‘Rubinetta’ and ‘Red Dwarf’. Plants with green/white buds are: ‘Finchy’, ‘White Globe’, ‘White Dwarf’, ‘Godries Dwarf Green’, and ‘Fragrant Cloud’ (scented). Some red berry-bearing Skimmias are: ‘Pabella’, ‘Obsession’, ‘Veitchii’ and ‘Temptation’.

What to look for when buying 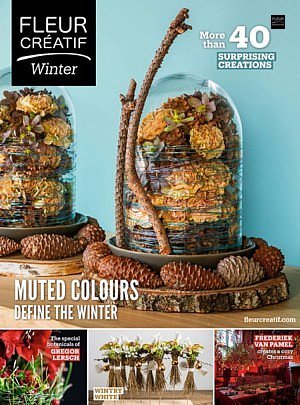